This is a branch from my blueberry bush. If anyone remembers Jill and my problems with her trying to get rid of them, well, they are still hanging on. Maybe not robust or the healthiest, but they still fruit and give us joy. Much as our Darling Leontine. Lots of love, Sweetie!
Posted by Sharon at 12:03:00 PM 11 comments:

Email ThisBlogThis!Share to TwitterShare to FacebookShare to Pinterest
Labels: Leontien

Have had my nose in the computer, writing a story and can't seem to stay away from it. It's something to do when my hot spot isn't doing it's thing. (And it sure isn't worth the money right now!) I'm tired of fighting it, so I'm taking a few more days off. Excuse the bad pictures, I had to fight off the cat.
Posted by Sharon at 9:53:00 PM 6 comments:

Email ThisBlogThis!Share to TwitterShare to FacebookShare to Pinterest
Labels: Nature 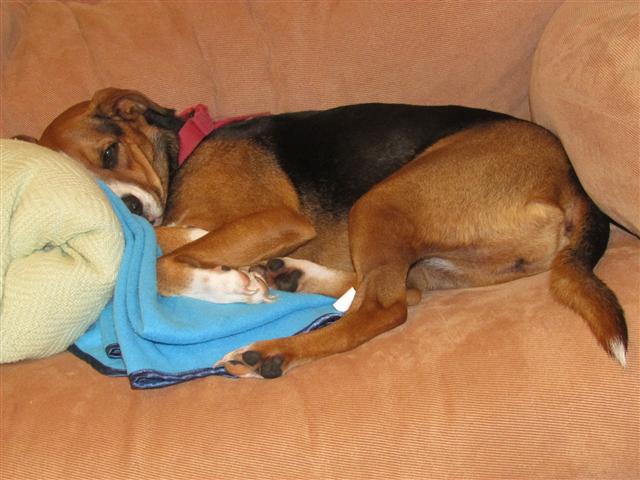 Going into reverse it would seem. Recently we received a form letter from the USPS. Our post office service has been one of the many to be "altered". Ah, have been waiting for news of this ever since the word came out that they were losing money and some services would get the ax!
Starting rather soon, our P.O. will only be open four hours a day, until "they" get all the forms back and have their meeting. I was not really thrilled with the choices. Most likely our address will change. There is also the possibility that we will have to get a P.O. Box in some other town and go to fetch our own mail. (This of course, would cost that P.O. to have to add on to their building, hire another worker or two and put in more boxes.)
I wrote in their comment section that I just wanted to have my mail picked up and delivered. I do not want to have to go pick it up (I seldom would - bills would get unpaid). I do not want a different address (It would be confusing and more than likely screw things up at the banks, our insurance companies, our tag registrations and the list goes on).
Gawd, just not what you would call a happy camper…
Posted by Sharon at 4:35:00 AM 10 comments:

My how time does fly! It's October already!

Here it is the beginning of October already! I went into my old photos looking for some colorful leaves. I didn't find any. I did find this though and the memories came rushing back. All new flooring except bathroom and back hallway. New kitchen cabinets, back splash, lighting. DH had been on a long layoff. Sigh... This was also the time I had shingles and my bedroom was painted. This layoff I had to tell him no remodeling. Well, he did keep it outside when he had the front porch redone. If you had to live through remodeling you understand what I'm talking about. It is had to believe that it's been that long!

Nothing pretty happening outside yet everything is that dead green or just plain falling off. Maybe later! :-)
Posted by Sharon at 3:25:00 PM 8 comments: