Talk about a boring weekend! So, I am behind. No way to catch up and be able to pay my bill at the end of the month if I try, so I hope nothing serious has happened.

DH is having mega problems with his elbow. The therapist asked him if he tried riding his motorcycle over the weekend or something equally stupid. He hadn't, I think she may have done it herself on Friday, he was miserable since his appointment then. I would suppose he'll never play tennis now. (Not that he ever did)

We found one of DH's cousins that mows lawns! He drove our 'cost too bleep much' mower and when he tried to turn, the only thing turning was the steering wheel. Yep, time for a new mower - next year!

The days are ending sooner and sooner. I know that summer's end is moving on us quickly. The next foreseeable days have highs in the 90s, but I know it won't be long and it will be over. The leaves have that dark, dirty, old green look, and the bugs are going wild. My hay fever is running rampant. Sigh...

A friend called me today from Amsterdam, it was quite a surprise. Sigh, seems all my friends travel and I don't, except through them. Who knows - I may get a do-over, haha. I would be a nomad.

DH saw his surgeon on Monday, he has another month to sit around before his next Dr. visit. I seldom hear snoring at night, now, I hear, "Ouch!", "Oh!", and a few choice words in BLUE, when he turns over or tries to get that arm comfortable.

There is nothing on TV, nothing worth watching anyway. I think they do this every summer, hoping you will be happy with whatever pig slop of new programming they decide to throw at you in the fall. I'm just waiting for Devious Maids, NCIS, and CSI LV... If it weren't for Rissolli and Isles (sp?) I would not turn it on - myself. DH watches anything, I stay out of there, LOL!

I made myself some cracker soup for supper tonight - comfort food from childhood, just because. Simple to make - soda crackers, hot milk, a little butter and sugar.

I hope you are all well and keeping yourselves entertained! G'Night!

I'm not sure about the rules of using someone's pic. So... No pic tonight.

I find that when DH and I don't agree about the when or how of something that I can look it up on the internet. The latest thing was about the date of the completion of the transcontinental rail. He was watching some show about long ago - Hell something? I asked him when that was. He gave me an answer that I didn't agree with.

I let it gel in my head and was positive it was a decade or so before what he said. DH is, of course, never wrong. In a different lifetime, I had seen the spike in a museum, but my muddled mind couldn't come up with the particulars.

Ta-Dah, enter the equalizer! I have cut and pasted the info. Why is it that I want to do the happy dance? I was closer to the right date than he was. Now, I won't rub it in, but I sure am going to show him... I can't be wrong ALL the time! 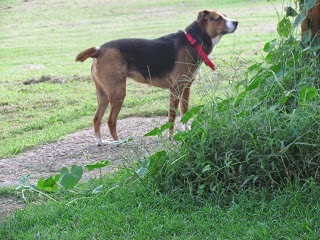 Well, the old lady turned 69 today. Good grief, how did that happen? Picture is of Jill - she's five. I am done putting my mug up! DH had his birthday too - he's a springy 56. Yes folks, we share the same birthday, and, of course, the same anniversary. Hee hee - NO, I have not been in the wine. We had those snack cake cupcakes with the squiggle across the top. Had to have chocolate cake, don't you know. It was a good day, not as hot, not as humid, and no rain, that was a winner! Not sure what frozen dinner we will have, since his surgery, we have been eating that type of thing because between the two of us - we have one good hand, real cooking is pretty much out, and so is driving much. No restaurant tonight, which is fine with me.

DH cannot handle the riding mower since his shoulder and elbow surgery, and we have been getting considerable rain. The lawn loves this weather and was getting out of hand. Our neighbor came with his 48" mower today and made short work of our acre+. Bless him. I imagine we will be in the market for a big mower like that... Sigh...
Posted by Sharon at 8:14:00 PM 3 comments:

I have seen some incredible shots of this month's Super Moon as I'm sure you have. Awesome stuff, for sure!

So... I set myself up with a little friend and great hopes. I lined myself up with the little friend and the moon. Oh, did I mention that I have a cat? (I know - Sharon is off her rocker - what the hey does taking pictures of the moon have to do with a cat?) I am in a slightly precarious position, half hanging over the rail to line everything up. I steady myself...I take the shot, just as the cat decides to rub against my leg. Bless her.

It goes without saying, that the shot did not work.


I imagine there were more than a few blown shots out there, am I right? I would hate to think I am alone in taking (or not taking) rotten shots of the moon...
Posted by Sharon at 12:39:00 PM 3 comments:

The lily on the cover


Julia did not have a bridal bouquet. Traditionally the groom is supposed to buy that for his bride.

Philip had more than likely thrown his away and Edward had not known about the tradition. He pulled a single lily from a vase, to present it to her with a kiss.

Even though he was nervous, Edward could not take his eyes off his bride. Neither of them remembered the words, except for the ‘forsaking all others’ part. That one stuck. When he kissed the bride, he could hardly wait to take her upstairs.

They held the reception in a separate room off the hotel dining room, giving the family privacy. Everyone ate the beautiful cake and the little sandwiches. Her father cancelled the photographer, but he could not cancel the music. He had hired musicians that played music to dance to and nearly everyone participated. Meg danced every dance with Frederick, while Julia shuffled from one family member to another. Edward dutifully took each aunt or cousin for a spin around the room. They had fulfilled their family obligations and danced together for the second time. He held her close, watching for an opportunity to make their escape.

They ran up the stairs together, as soon as they could get away from the reception. He did not want to waste any time, because they only had the room until noon the next day. 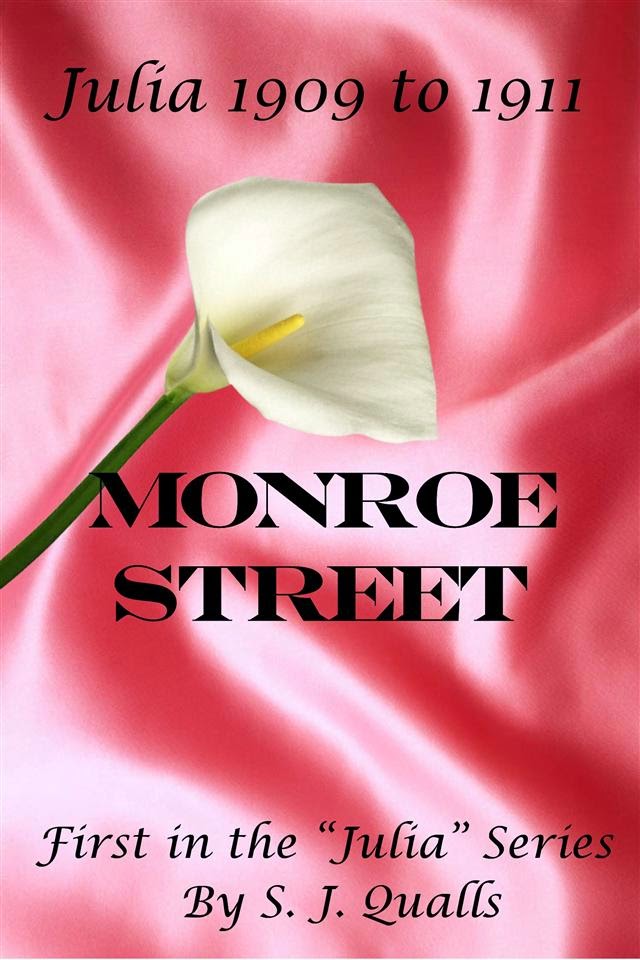 Thought I should post something, so that y'all didn't give up on me. I'm just having a bit of the summertime blues - allergies, BP problems, sinus, balance, arthritis - oh, you know all that fun stuff I generally go through every now and then.

Another Super Moon is coming up - wouldn't you know it - we are supposed to have clouds and chance of rain and cloudy skies for the next week or so. Will miss the meteor showers too! Drat!

DH had shoulder and elbow surgery on Tuesday. He'll be fine once the soreness goes away and he does rehab. Our phone stays busy with relatives checking on him.

Jack and Jill are not happy with the hot weather, they spend most of their time in siesta. Me too, actually.

The blueberries are pretty much done for the year, they sure were good - what I got of them. DH does not like them and he told some folks to pick what they wanted. :(

I have been doing some reading, it's a great way to block things that irritate me. Haven't been doing much writing, after reading some of the great stuff I found - it's hard to compete - you know?

I hope you are all having a wonderful season, wherever you are!